Edge Data Centres and the Impact of 5g

Edge Data Centres and the Impact of 5g 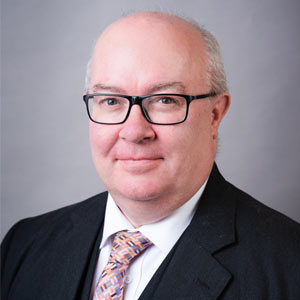 A new category of data centre is due to become a major sector within our industry—the Edge Data Centre—providing new opportunities for companies to develop and roll out a new class of application. There have been some “edge” data centres for many years in various areas such as content distribution (e.g. video streaming) and manufacturing, but significant growth is now expected due to new technologies like 5G and IoT.

- Storing data near to where it is going to be consumed, e.g. Netflix or Amazon Prime content being stored in content distribution networks near large centres of population. This reduces stress on the backbone of the network and improves downloading and streaming for viewers.

-Putting processing power near where it’s needed, reducing the latency or delay in response. This makes things like remote control possible as well as enabling technologies like Augmented Reality to run over mobile networks.

- Filtering enormous amounts of data being generated by the (coming) proliferation of sensors and devices collectively known as the Internet of Things (IoT). Most of the data being generated will need to be intelligently filtered or processed to help prevent clogging of the main Internet backbone circuits.

Many companies in these industries are already working on trial systems, but most will have to wait until the national and global infrastructures are built out

There is a lot of hype around 5G, much of which is either unjustified or premature. There are significant technical hurdles to overcome and the investment required in infrastructure dwarves that of previous mobile technologies, like 4G. However, there are some very exciting opportunities and genuinely new applications that can make use of 5G when the infrastructure has been built.

The past two decades has seen a significant proportion of IT systems moved into centralised mega-data centres—it makes huge sense both financially and operationally. However, it does not work for everything and new applications are going to drive requirements for data centres and other highly localised systems to be situated much closer to users—at the Edge:

For data centres, the edge is just a location. The edge is in different places depending on who you are: streaming services have a very different view to organisations monitoring traffic flow, white goods manufacturing companies differ from car manufacturers, mobile network operators differ from utilities.

When 4G was first released, few people had any idea of how many unicorn businesses would emerge as a result. Uber, for example, would not exist without 4G. The same could be argued for Deliveroo, Niantic (Pokemon Go), Stripe (payments), and a large number of Chinese firms that rely on Smartphone apps. In fact, a significant proportion of the world’s unicorn companies rely on Smartphone apps and 4G connectivity.

1. Download speed—5G will be much faster than 4G, by a factor of at least 1000x. The minimum expectation is for download speeds of 10 Gbps, enabling an entire HD film to be downloaded in less than 10 seconds.

2. Capacity—5G operates at much higher frequencies than 4G, which means that it can carry significantly more traffic from many more devices. This will help cater for the predicted exponential growth in IoT (Internet-of-Things) sensors, detectors, meters, cameras, connected cars and other devices.

3. Latency—this is the lag between a device sending data and receiving a reply. 5G will offer near-instantaneous response, 50x or faster than 4G. This opens up the opportunity to do low latency remote control and operations over 5G.

Applications written for Edge data centres and 5G networks will come from new sources: car manufacturers, logistics and transportation companies, healthcare providers, industrial manufacturers and agricultural suppliers, for example. Many companies in these industries are already working on trial systems, but most will have to wait until the national and global infrastructures are built out. A whole new edge ecosystem is needed which will run on a new service model and the providers will be a mixture of existing service providers and a plethora of new companies.

The reason it’s worth caring about 5G and the edge is that it’s about to become a lot more important. Until recently, there were only limited (although very important) uses for edge data centres, video streaming being a great example, but representing only a tiny fraction of data centre load globally. Most market forecasts are now predicting massive growth in the requirements for edge data centres to match the burgeoning growth in 5G and IoT. These new applications and services will require a significant increase in the availability of edge data centres.

Unlocking the Value of Connected Cars

Comprehensible Distribution of Training and Information...

The Current Focus is On Comprehensive Solutions

Big Data Analytics and Its Impact on the Supply Chain

Carmax, the Automobile Business with IT at the Core

The CIO's role in rethinking the scope of EPM for...

Transformative Impact On The IT Landscape

Get Ready for an IT Renaissance: Brought to You by Big...

Technology to Leverage and Enable

Speed is the Name of the Game

What It Truly Means For IT Security To Bea Business Enabler

Policy is a Key Solution to Stopping Packaging Waste

Congestion-Driven Basis Risk, A Challenge for the Development of...

However, if you would like to share the information in this article, you may use the link below: